What Is a Sundry Invoice?

What Is an Outstanding Invoice?

How to Make a Commercial Invoice 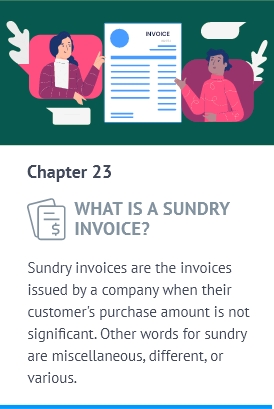 What Is a Sundry Invoice?

Sundry invoices are the invoices issued by a company when their customer’s purchase amount is not significant. Other words for sundry are miscellaneous, different, or various. The word sundry in invoicing was from bookkeeping when it was mainly a manual task. Bookkeepers at the time usually handle books, and every new customer had a page on the company’s ledger. 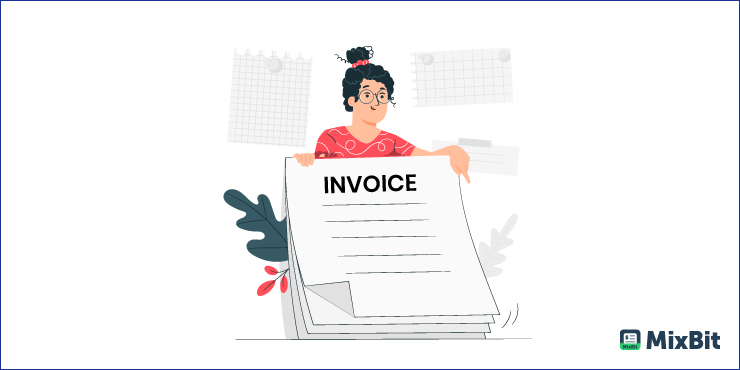 Adding a page for every customer as well as occasional customers with lesser transactions on the books will make them unwieldy. Bookkeepers had to include a sundry page where details of small purchases were recorded. Now that accounting software is available, sundry invoicing has been reduced.

Meaning of Sundry Invoice in Accounting

When income is generated from other sources aside from a company’s actual business operations, it is called Sundry Income. The income is not realized from the company’s products and services and is not always certain, unlike the company’s main operations. It is often related to other activities that are not a long term source of income.

Sundry income is less significant when compared with the generated income from primary business operations, but the amounts can’t be ignored. What defines a sundry income is the uncertainty of the revenue. The income generated from it is not a defining character because there’s no limit to what can be generated as sundry income.

Sundry income may appear as a miscellaneous or operating income on an income statement. It affects the business’s net worth, and as a result, it has to appear on the company’s financial statements as well as being reported to shareholders.

Sundry income must also be submitted to the Internal Revenue Service (IRS) with the main business income.

The Types of Sundry Income are: 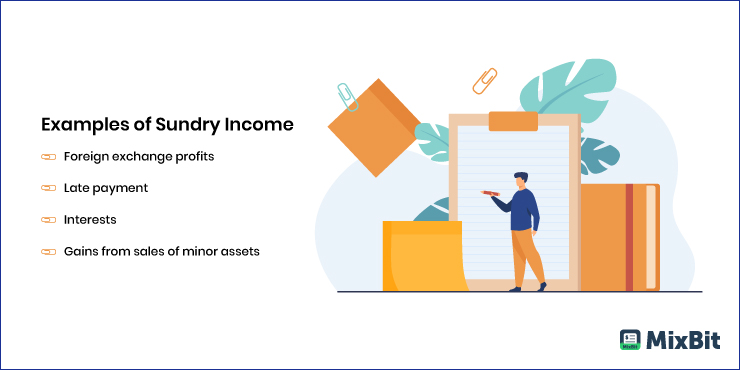 When accounting for sundry, it covers miscellaneous expenses that aren’t associated with an account. Sundry expenses sources may differ from one business to another, but it is never included with the business’s operating expenses. Examples of businesses operating expenses are utility payments, mortgage payments, employee pay, and rent.

Who Are Sundry Invoice Creditors?

Any supplier who provides the products, services, or any items that a business firm opts for their business facility on a credit basis is considered as a sundry creditor.

The suppliers of other items describing as expenses on a credit basis are also considered as sundry creditors.
Sundry creditors are the liabilities of the business or the firm who has opted for such services because they are supposed to pay the outstanding amount as per both parties agreed on terms and conditions. This is also known as trade credits. However, at the time of generating the final account the accountant needs to show the remaining amount to the creditor should describe as sundry creditors.

Some Good Examples of Sundry Invoices

Now, you must be thinking about what should be included in sundry invoices. Well, you can include smaller costs in such invoice, but it should be fair enough to have their own general ledger account, such as –

The examples may vary from business to business as the cost type will be different for each of them. As a business owner or a company accountant, you need to understand the smaller costs you spend each month and sundry creditors’ terms and conditions for the re-payment. Based on that you need to generate your sundry invoice and show the costs accordingly.

How to Create a Sundry Invoice

Creating a Sundry Invoice is usually a one-time process for businesses, they just need to choose the layout and add relevant information into the layout. Once everything is filled and double-checked they just need to finalize it. Of course, you make changes into it anytime you want, you will have all the freedom to edit or delete the added information.

Here are some basic steps that you need to follow:

Such steps will help you generate an accurate invoice format for your business and also help creditors and accountants understand the little expenses firm is making. It will also acknowledge business owners, where they are making unnecessary expenses and where they can cut-down the additional costs.  Creating such an invoice and mentioning this in business accounting will also resolve re-payment issues some businesses might face. Sundry invoices are the best ways to cover your general expenses and miscellaneous at one place in your account.

Next-level to improve Invoicing Practices and Building Business with Strategies

Scroll back to top